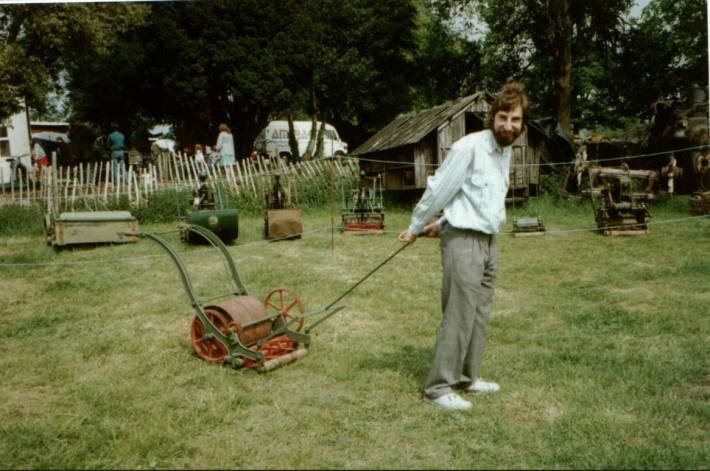 IN his continuing search for the more weird, wacky and wondrous in the world of travel, David Ellis says there’s a museum in Merseyside in the UK that’s dedicated to those who get their kicks out of that backyard taskmaster, the lawnmower.

Because this museum walks us through the history of lawnmowers from Victorian and Edwardian times, has collections of antique mowers and rare gardening tools to marvel over, and in a museum shop, everything from spare parts for vintage mowers, to lawnmower postcards, key-rings and drinking mugs.

And amongst more-prestigious items are mowers and gardening items once owned by the likes of Prince Charles, UK radio and TV presenters James May, Nicholas Parsons and Vanessa Feltz, British garden guru Alan Titchmarsh, and even some of the tools the late Princess Diana pottered around with in her royal gardens.

The British Lawnmower Museum says the lawnmower was invented in 1830 by Edwin Budding who worked in a textile mill in Gloucester, and had designed a machine to trim the knap off rolls of cloth destined to be used in British Guardsmens’ uniforms… and one day when he took it outside to move from one building to another, it’s fine blades partly trimmed the grass he pulled it across as well.

So he took it home for further tests on his own lawn, but when neighbours suggested he’d gone mad, he confined these tests to the cover of night. But to this day the cylinder cutting principal Mr Budding invented back in 1830, is still used on mowers for keeping in trim the best of the world’s formal lawns, golf and bowling greens, and cricket pitches.