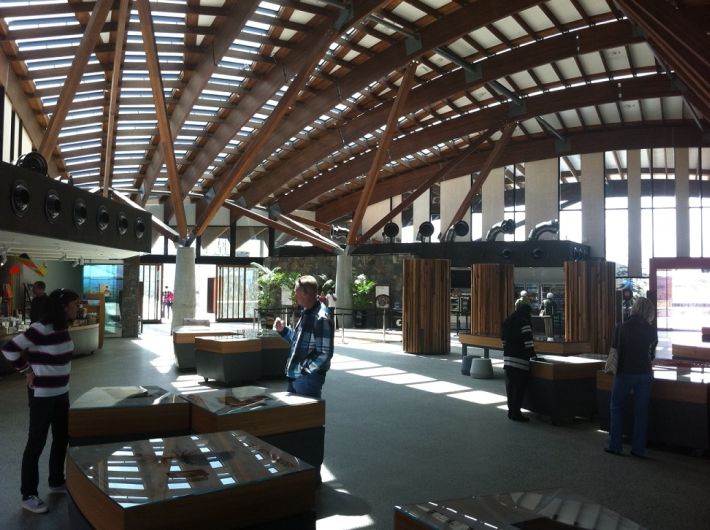 National finalist in two others and more

“This national award highlights the high standard of workplace health and safety that Vos strives to achieve on each project it undertakes. It is also testimony to the commitment of our employees and the subcontractors we engage”, said Adrian Bott, Chief Executive Officer of Vos Construction and Joinery today.

“We have had a major focus on continuously improving our safety processes and performance over the past few years. This includes the delivery of a safety culture program recently to all levels of the organisation together with safety audits being conducted by senior managers of the company. Our objective is for all employees to concentrate on the importance of safety and pro-actively “interrupt” any unsafe acts”, Mr Bott said.

“The major benefit of the safety program has been a significant reduction in our injury rates. Winning a national MBA award is the icing on the cake”, stated Mr Bott

“In addition, the National Arboretum Canberra Visitor Centre won the MBA National Public Building Award ($10m to $50m) and Vos was part of the team that made it happen. Vos was responsible for the installation of the structural steel and laminated timber beams (in partnership with Tasmanian companies Crisp Bros Haywards and Tasmanian Timber Engineering). Our work is definitely a major feature of this iconic national project.

“Other Vos projects nominated for a national award were the Cat & Fiddle Arcade, Hobart (Stages 4 & 5-National Commercial / Industrial Construction Award – $5 million to $10 million) and Launceston Airport Southern Apron Reconstruction (National Civil / Infrastructure Award – Under $25 million). In addition, Vos was nominated for the National Commercial Master Builder of the Year. Although we did not win these awards, being a finalist is a fantastic honour. Over 5,000 projects were nominated for the various State awards and only the “best of the best” made it to the national finals.”

Vos’ success at the national awards follows on from the eight awards at the Master Builders Tasmania Excellence Awards in August which included Tasmania’s Commercial Builder of the Year, as well as two national Australian Shop and Office Fitting Industry Association (ASOFIA) awards.