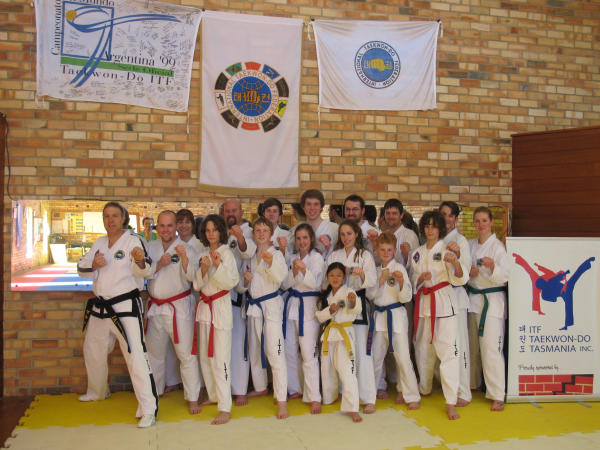 In preparation for the Championships the team has been in competition training for the last 8 weeks. “Their last group training session being this Sunday at the Southern ITF School, 12 Ashbolt Crescent Lutana from 2pm till 4pm. This competition training will put the team in a great position to take out a significant haul of medals “said Mr Steve Weston.

This event is part of the selection procedure for the National Black belt Team that will compete in Spain in 2013 at the World Championships. Already Gabrielle Anastasio and David Walters have gained credit towards selection with Gabi winning Gold and 2 Silver’s and David taking a Gold, Silver and Bronze at the Oceania Championships hosted by ITF Tasmania in April this year

The Tasmanian Team is led by Mr Steve Weston, Senior Instructor of Southern ITF Taekwon-Do who will also take on the responsibility of organising the referees for the Event and setting the standards for the particular disciplines as Umpire Director for the National Association.

The team consist of the following competitors: