The Australian team, endorsed and supported by The Australian Culinary Federation, was comprised of six of Australia’s finest and most innovative chefs. The team placed 9th in a field of 36 competing countries. The 5 days of competition saw the team turn out more than 25 dishes, each showcasing the very best Australian produce.

A veteran of the International Culinary Olympics, Kropp has competed four times. Twice, for his native South Africa, and after migrating to Australia, twice for our Australian team.
“People ask me why I do it, and there are certainly elements of the Culinary Olympics that are torturous, like having very little sleep in the 48-hours prior to competition,” he says. “But the camaraderie of the team and the excitement of competition, and very tight deadlines, is terrific,” he says. “Plus, as competitors we learn throughout the experience. We are exposed to new techniques and encounter ingredients from around the world that perhaps we’ve read about but never seen.”

Kropp and team exhibited 22 dishes in the initial ‘cold table’ section of the competition, and then a 3 course ‘hot’ menu for 110 guests and judges. “The parameters of the competition are very strict,” says Knopp. “We have to make every element of the meal from scratch. That includes all of the butchery, filleting the fish, all of the prep for the meal must be done in the competition kitchen and within time constraints.”

The six Australian chefs presented an entree of Tasmanian confit, cold smoked salmon with a Barramundi ballotine accompanied by wild fennel pollen, a pea salad and a corn puree with a citrus dressing. The main course showcased three cuts of South Australian dorper lamb, loin rolled in a mint crust, and lamb shoulder and neck braised and served with a fresh tomato chutney. The dessert course appeared as a chocolate bar, once broken open it revealed an yuzu jelly and hazelnut mousse, served with an yuzu curd.

The Swedish national team were this year’s victors, taking home gold with a menu that included spice crusted red deer saddle. The Swedes have triumphed at the Olympics three times now, with previous gold medal winning performances in 2000 and 2004. Kropp was particularly impressed by the junior Swedish team’s dessert entry. “The Scandinavian teams are particularly strong at plating food, the plating of their dishes is always very clever and never looks contrived. The junior Swedish team presented a wonderful deconstructed macaroon which was inspiring.” Kropp plans to incorporate some of what he saw, and learnt, into new menus for Henry’s Restaurant.

Established in 1900, the International Culinary Olympics began as a local cooking competition in the Frankfurt Fairgrounds. Now held every four years in the town of Erfurt central Germany, the event has grown to include more than 750 chefs from 36 countries who compete for medals across the competition, which includes hot and cold menus as well as pastry, and now includes a junior competition which sees young apprentice chefs battle it out for culinary recognition. 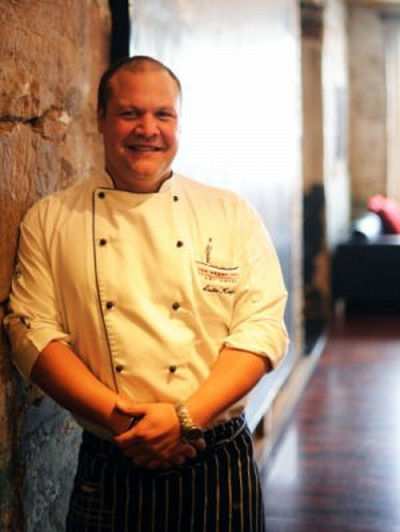