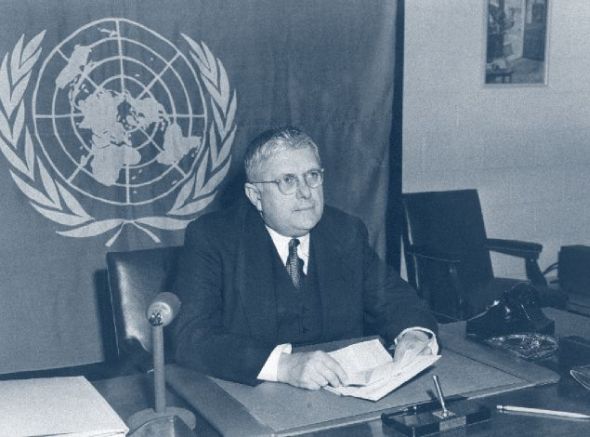 Dr HV Evatt at the UN

There is hope … in fact there is much much hope.

I’ve just been inspired. Invited to breakfast with some of the most animated and intelligent young people I’ve met in a while.

It was the Evatt Trophy Competition 2011 Breakfast at the Hobart Convention Centre on Elizabeth Street Pier, Hobart.

The Evatt Trophy Competition is described as “Australia’s premier high school debating competition and brings together some of the brightest young minds from around the country to discuss issues of international importance”.

God it was inspiring. Instant intelligent conversation ranging from nuclear power, to Kevin Rudd, the Labor-Green accords federal and state, Andrew Wilkie and independents, the decline of old media, the trashing of the natural world, the philosophical underpinning to humankind’s arrogant assumption that it is the pinnacle of “creation”; an examination of the different meanings of “dominion” as translated in the first book of Genesis (there are some eight other meanings in the original Hebrew… including “to be in equal relationship with” the natural world).

I came convinced that if some of those I met are to be our future leaders we are in bloody safe hands, mate! And hands that have generationally moved on from the blinkered, throwback minds currently administering Tasmania: Forestry Tasmania’s arrogant trashing of Aboriginal and settler history, Cycle plan: Labor stays in the 50s

• Meanwhile, don’t miss Richard Woolcott: Woolcott is a retired diplomat and author. He was Secretary of the Department of Foreign Affairs and Trade from 1988 to 1992. He was the last person to represent Australia on the United Nations Security Council and served as the President of the Security Council in November 1985. His experience gives him unique insight into the arguments for and against Australia’s bid for a seat on the UN Security Council.