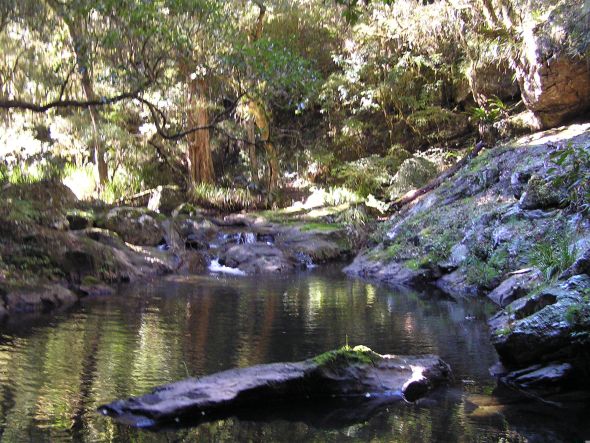 Environment groups Coastwatchers Association and South East Region Conservation Alliance (SERCA) are appealing the recent approval by the NSW government of the Dargues Reef Gold Mine, near Majors Creek.

The groups, represented by the Environmental Defender’s Office, say that the gold mine application by the mining company Big Island Mining Pty Ltd, a wholly owned subsidiary of Cortona Resources Ltd, should have been given a much more thorough assessment process.

Sheila Monahan, President of Coastwatchers and Lisa Stone, Convenor of SERCA say the recent announcement by Cortona’s managing director, Mr Peter van der Borgh, that Cortona is willing to hear Eurobodalla Shire council’s concerns and identify whether Cortona can provide additional resources to establish beyond doubt that water quality and quantities in Eurobodalla will not be affected by the mine is ‘too little -too late’.

“Cortona’s new-found concern for the residents of Eurobodalla is a positive step,” said Lisa Stone. “However it seems at odds with their original environment assessment which failed to identify any potential impacts on the Eurobodalla water supply or even identify Eurobodalla Shire Council as a relevant stakeholder.”

The groups say that the Cortona proposal has potential to impact on the biodiversity of a large area. “The very existence of the large number of animals and plant life is at risk,” said Mrs Monahan. “This includes endangered ecological communities and many threatened species whose presence is essential to maintaining a healthy environment.”

The groups say the strong concerns about the project expressed by the NSW Office of Water have not been withdrawn.

“Cortona’s claim that the NSW Office of Water says there is no risk to water supplies is not accurate,” said Ms Stone. “Support from the department is dependent on the production of water management plans before the commencement of activities. The company has had a year to do so but as far as we are aware these have not yet been submitted to the NSW Office of Water. This hardly inspires confidence in Cortona’s claims of safety.”

Southern Rivers Catchment Management Authority opposed the project and consequent amendments to the project were made by Big Island Mining Pty Ltd in response to submissions.

“Eurobodalla ratepayers need much more than an assurance from Mr Van der Borgh that the mine poses no threat,” said Mrs Monahan.

The ESC is also taking a separate court action on Cortona in the Land and Environment Court. The conservation groups say that their action will go ahead regardless of what arrangements may be made between Council and Cortona. The appeal is set down for hearing before Court for 10 days, commencing on 1 February 2012.
Coastwatchers Association and South East Region Conservation Alliance