A rally to fight editorial job cuts at Hobart’s Mercy newspaper has attracted about 150 people (other reports say more than 300).

There are plans to axe up to 20 sub-editing jobs in a move to centralise production in Melbourne.

The Economic Minister David O’Byrne told the rally exporting the jobs would affect the quality of the paper.

“You can not have an authentic Tasmanian voice out of Melbourne, it has to be in Tasmania telling Tasmanian stories on behalf of Tasmanians without fear or favour,” he said.

Mercury sub-editor John Lawler says up to 20 of the 34 the paper’s sub-editors could have their positions moved to a hub in Melbourne.

“What it will affect is the background information and knowledge that should be corrected in stories.”

“It will take a lot of integrity away from the paper’s news reports,” he said. … as do former and current Mercury workers … 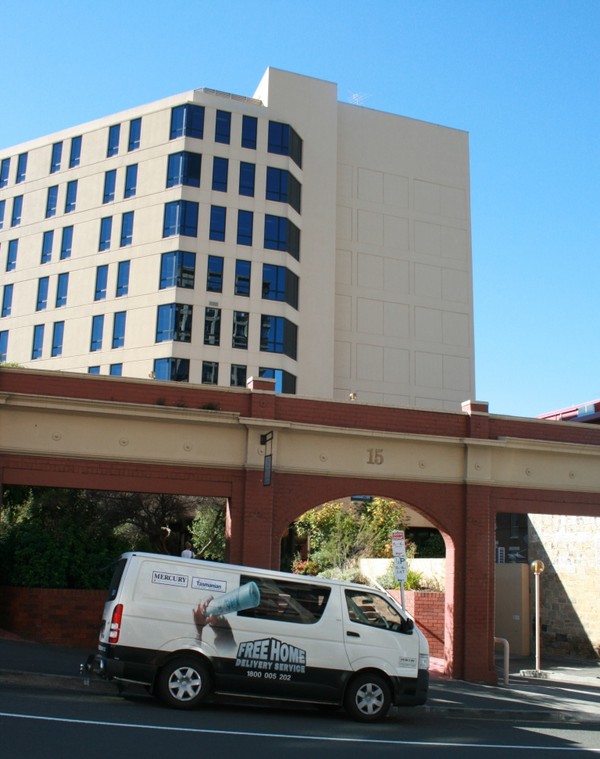 I’m sure I saw an HCC DA in the public notices a while ago for “Shops at 91-93 Macquarie Street.”