THE RIGHT of indigenous communities to their own system of trials and punishment is protected in the Ecuadorian Constitution but is still controversial at times. Physical punishment in front of the community is common. Often the person is tied up or buried to their waist with stones and receive a nettle-type plant to the back, douses of cold water and even whippings.

One problem is defining when normal law applies and when indigenous law applies. The rule seems to be that the subject must be living within and as a part of one of the many indigenous communities for the indigenous law to apply. There are cases where those found guilty of crimes would prefer the normal system and try to claim that they are not part of the indigenous community. Two opportunistic women were convicted under indigenous law of taking peoples´ money to tell them their future without any apparent basis for knowing. Ecuadorians are very superstitious people and as such are susceptible to such things. There would have been little provision to punish the women under normal law, but under indigenous law they were made to pay back all of their victims, pay equal to the amount stolen to the community, make a public apology and receive physical public punishment including cold water being poured over them and being whipped on their backs with a prickly plant. Most of the community comes out to witness the trials and punishment. In the images I have seen it is not entertainment, all the faces were very serious and there was no cheering or laughing. 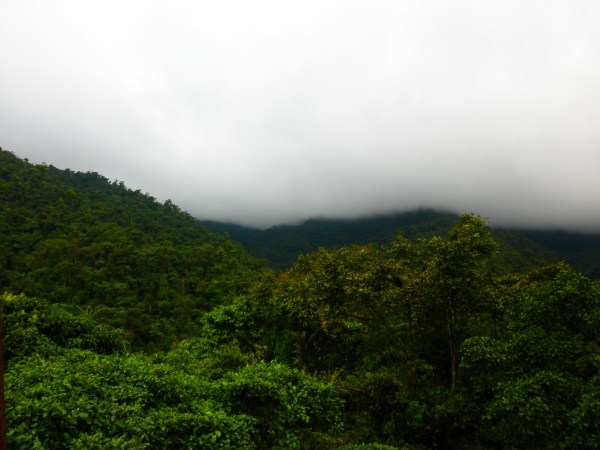 Another big issue at the moment for Ecuador´s indigenous community is a proposed new water law. There has been much protesting some of which has been violent. Basically the government has decided to regulate water including charging every one for it. The charges are to go back into improving water services and extending potable water to communities that currently don´t have it. Denying access to certain water supplies and charging for it I would imagine is a major affront to the traditional way of life of many indigenous communities.

However, another problem is that around twenty years ago indigenous groups asked the government to help install a major network of drinking water and irrigation systems. The government didn´t help, but the indigenous groups got together and built the system anyway. Due to this history, many indigenous feel they have already paid for a water system that everyone benefits from.

Wealthy city people in Ecuador argue that if they have to pay for water why shouldn´t everyone else? But the fact is Ecuador´s indigenous remain significantly poorer than the rest of the population with most living on about two dollars a day. It is interesting that in Quito as you travel from the poor south to the rich north skin colour gets whiter and whiter.

We were lucky enough to meet up with Anna´s parents and travel together for a week, including a few days in the tiny village of Mindo in the central cloud forest. After stopping off at the monuments on the equator, actually a kilometre out, and ruins of a huge pre-Incan monument to the sun, we were on our way. This part of the equator is unlike much of the rest, which is jungle. It is a dry and baron countryside dusty and bleak from many heavily quarried hillsides. Night falling over the Amazon

On route we had our first taste of Ecuador´s crazy mountain roads, which have become more and more extreme since then. Even some of Ecuador´s main transport routes involve hundreds of kilometres of narrow, winding mountain roads, most of which have no barriers to stop you crashing hundreds of metres down into the rivers that have so profoundly cut these mountains. If you sit on the right side of the bus you can often see the ravine and its certain death as the bus corners a foot from the edge. It is on these trips that my mind often wanders to one of the key cultural differences in Latin Americans, compared with us Westerners.

Most Latin Americans seem to be fatalists, to the point where this difference is explained to foreign volunteers before they begin volunteer programs. Latinos seem to believe that things are relatively out of their control, that if something is meant to happen it will. A good example is that people put a picture of the Virgin Mary in their car or bus and cross themselves before beginning the journey, then drive with reckless abandon. Unfortunately for me and my potential for enjoying bus trips on this continent, I am not really fatalist at all and believe that when I am driving I have a lot of control over whether I die or not.

Many would argue that fatalism has been taught to Latin Americans for 500 years. For a long time when the area was a Spanish colony Spanish educated Priests were very important in suppressing rebellion. Many church leaders taught that it was God who decided who was rich and who was poor, that everything was predetermined by God and that if you just struggled away and behaved well God would reward you in the afterlife – a pretty useful set of beliefs for the ruling class as they are arguably very disempowering for the poor majority.

Mindo is an area of steep, wet and incredibly dense forest with clouds meandering through the deep green trees. With the help of a local guide called Fernando we were able to see some beautiful birds including the metallic turquoise quetzal. It is the national bird of Guatemala and the name of the Guatemalan currency. Fernando told me as a kid he used to hunt toucans, monkeys, armadillos and many other animals, but now he has turned his skills to tourism and conservation. He said that most people look at the local animals differently now due to education, tourism and fines for hunting. He is truly into his birds now, and wants to take part in the annual bird watchers competition in which all over the world participants have 24 hours to identify as many species as possible. The Mindo area won last year with over 400 species. Swinging out over the Amazon

We took a little cable car across a valley to walk to some waterfalls. Suspended by one old metal cable, rusty at both ends, and powered by an old Nissan engine we glided across a deep river-carved valley and above the cloud forest canopy.

After Mindo it was off to Baños for a few days. Despite its name, which can mean toilets in Spanish, it is a lovely place. Baños has effectively shut down since we were there due to massive volcanic eruptions nearby. It´s a charming little village surrounded by steep hills and waterfalls, and though it is touristy, the village centre still seems to function primarily for the locals. The old church in the town centre was particularly interesting due to being full of very strange 18th and 19th century paintings. Many of these paintings depicted distressing scenes such as bridges over steep ravines collapsing while people were crossing them, carts running off cliffs and villages being engulfed by erupting volcanos. Clearly the inherent dangers of the area have developed a strong relationship with the Catholic faith, and perhaps the two combine to create fatalism.

During a day trip into the Amazon we stopped at an animal rescue centre where they care for animals that have been found injured or have been freed from the illegal pet trade. Having a howler monkey (woolly monkey) on my shoulder stroking my head as I walked around was a special experience for me. I had spent two months as a volunteer at a similar place in Cornwall, of all places, several years ago. They had the same type of monkey there that were again victims of the illegal pet trade (basically hunters shoot a whole group of wild monkeys so they can easily catch the babies and then sell them to some freak in England who´ll probably get bored with it in a few months). In Cornwall, the monkeys lived semi-naturally and there was almost no direct contact with people. Whilst this is preferable for semi-domestic monkeys, I always wished I could interact with them. Seeing the monkey´s finger nails and having his little hand hold my thumb like a toddler, I couldn´t help being reminded how close we are. It left me with a strange feeling and of wonderment about this little being that trusted me, even though as a species I don´t deserve it.

There were several other types of monkey there too, including a large spider monkey who seemed to have a soft spot for Anna´s mum. At one stage I believe he may have been inviting her to his bedroom, but one can never tell. We left feeling moved by our cousins – little did Anna and I know we would come face to face with them a few weeks later on our own and in the wild.