new writers & contributors welcome,
please contact us with your submission
Want to have a say?
Send us a letter for publication
no new content for a few days,
site is being migrated
Donate to Tasmanian Times –
BSB: 807009 Acc: 60178142
Tasmanian roads –
latest alerts & reports
Tasmanian weather
forecasts and warnings 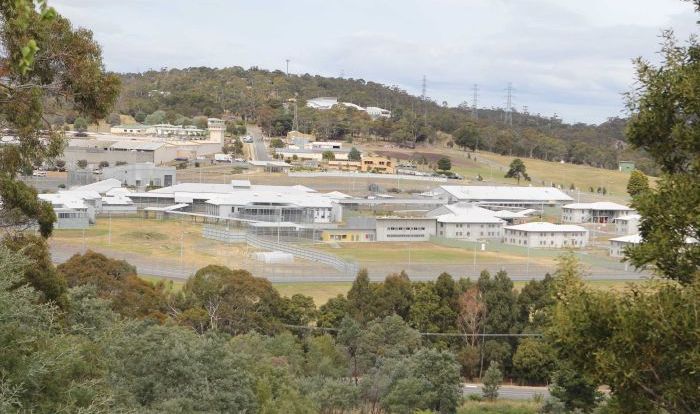 It was because torture, flogging, and hanging became repugnant to community sensibilities and their efficacy questioned, that they were ultimately abolished in Australia. Yet our prison system remains a monument to the past. The modern Australian prison is inextricably underscored by a false belief that the deprivation of liberty can cause positive change in the individual. In reality, prison is purely a place of punishment, a place that inevitably crushes the soul, and it is questionable whether prison actually rehabilitates inmates.

Tasmania currently has one maximum security prison: Her Majesty’s Prison Risdon. Risdon Prison is a cold, grey, bleak place, wrapped by wire fences that are adorned by rows of razor wire, secured by heavy metal doors with remotely controlled locks, a place where personal security alarms must be worn by visitors and staff alike.

Some would say that so long as serious crimes exist within our community, prison is a necessary evil, that there must be a place where criminals are taken for punishment. Such people use crimes like murder or rape as a justification for maintaining the existing prison model. Victim’s groups often want lengthier or tougher sentences, and governments are often quick to make knee jerk policy decisions that further cement and ingrain the idea that prison should be a wretched place of punishment. All of this points to a failure to recognise that the evidence overwhelmingly suggests that prison, and the deprivation of liberty does not reduce or deter crime or further offending.

As for Risdon Prison, when you consider the ongoing industrial actioni, a lack of programs for inmates especially for remandees, long waiting lists to undertake rehabilitative programs, recent closure of the Apsley drug rehabilitation unitii, prison lockdowns lasting many days (disrupting access to programs, works, and education)iii, and the COVID-19 measures including lockdown and cessation of in-person visitation rights with friends and family, it is unsurprising that for many inmates rehabilitation is difficult to undertake in prison. For those inmates held in the Tamar Unit, programs are sometimes delivered via a small slot in the cell door. Given this state of affairs, it cannot be said that Risdon Prison is remotely ready to facilitate inmate rehabilitation.

In sentencing jurisprudence there is often discussion about the prospect of rehabilitation of the offender, and it is sometimes suggested that shorter prison terms can promote rehabilitation. Though as Magistrate Marron recently statediv, in passing sentence on a man who spent 207 days on remand, custody does have clear downsides:

“It’s like putting a jug of milk in a cupboard, leaving it there for six months, then taking it out after six months and thinking it’s perfectly okay to drink.

“As far as critical rehabilitation programs, there is a desperate need for them to be reinstated.”

The comments of Mr Marron are not unprecedented and there is constant lament in the Courts about the lack of available rehabilitation programs at the Prison and the lack of access for those yet to receive sentence. Sadly, the cries of the judiciary are often heard by lawyers, defendants, and transcription typists, but seldom heard by the Government.

The Tasmanian Government unapologetically pushes a non-evidence based ‘Tough on Crime’ agenda which has inevitably increased the prison population and done nothing to reduce the growing recidivism rate.v The Government has done little to increase access to rehabilitative programs, preferring instead to score political points by appeasing an ill-informed public that wrongly believe that lengthy jail terms actually reduce crime. It is hard to justify increases in the prison population without a substantial reduction in the recidivism rate. The ‘Tough on Crime’ mantra will ultimately make the community less safe in years to come, as prison inevitably has a corrupting influence on prisoners, especially young offenders (a fact well recognised in Tasmania’s Courts as far back as 1959).vi It is at least for this reason that the Tasmanian Government needs to adopt a pro-rehabilitation model of imprisonment, such as that employed by countries like Norway. 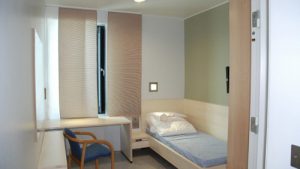 When you consider the incarceration rate in Norwayvii of 60 in 100,000, compared to Tasmania’sviii incarceration rate of 148 in 100,000, and given that Tasmania’s recidivism rate is risingix and is much higher than Norwayx (20% in Norway compared to 46.3% in Tasmania) it is hard to make a serious case for the continued existence of Risdon Prison in its current form, its lack of rehabilitation programs, or the Government’s supposed ‘Tough on Crime’ agenda. If anything, the Government has taken the soft option of political appeasement and failed to take the opportunity to reform the prison system and reduce crime and offending in Tasmania.

The aim of a corrections system should be to identify the cause of offending and then rehabilitate the offender to reduce the risk of further offending, and not simply to lock them up and make the problem worse. Norway has adopted a model of imprisonment that actively emphasises rehabilitation and fixing the underlying problems that lead to recidivist offending. Norway’s correctional system is heavily focused on preparing inmates to re-join the community, and to participate in a pro-social way.xi The benefits of this approach are obvious, especially in terms of reducing crime and recidivism.

At Halden Prison in Norway, they have achieved this feat by having no bars on the windows, cells that are reminiscent of a bedroom, with colour paint on the walls, lino on the floors, and no requirement for a unicoloured prison uniform, and requiring staff to hold qualifications relevant to providing rehabilitation of inmates.xii

Having met many Tasmanian Prison Service officers, I can say that they take their work seriously, and work with a high degree of professionalism. However, unlike Norway’s Halden Prison, Tasmania’s Prison Service only requires applicants to have “Physical fitness, medical suitability and psychological characteristics appropriate to the duties of Correctional Officer.” This is a comparatively low bar for employment, and it is hard to understand how officers can effectively assist in developing an inmate rehabilitation plan when they are not required to be trained or educated in rehabilitation-oriented fields. Given the majority of inmates come from disadvantaged backgrounds where substance abuse, poverty, family violence, low educational attainment, mental health problems and cognitive disability are common, it is staggering that Risdon Prison doesn’t seek to retain a greater number of staff qualified to work with inmates to promote their rehabilitation.

Given the evidence, it is hard to justify any policy that maintains the status quo at Risdon Prison. Good policy, policy that actually reduces crime, is connected to the promotion of rehabilitation, and not punitive incarceration. As Tasmanians we need to demand more from our Government, and we cannot be complacent when our Government pursues a ‘Tough on Crime’ agenda that is not evidence based. The answer to the question is this: we can do much better than Risdon Prison, and there is no good argument for retaining the prison in its current form.

Cameron Scott is a barrister at Edward Coke Chambers in Hobart. He is an advocate for an evidence based approach to sentencing, and supports full judicial discretion in the criminal justice system.