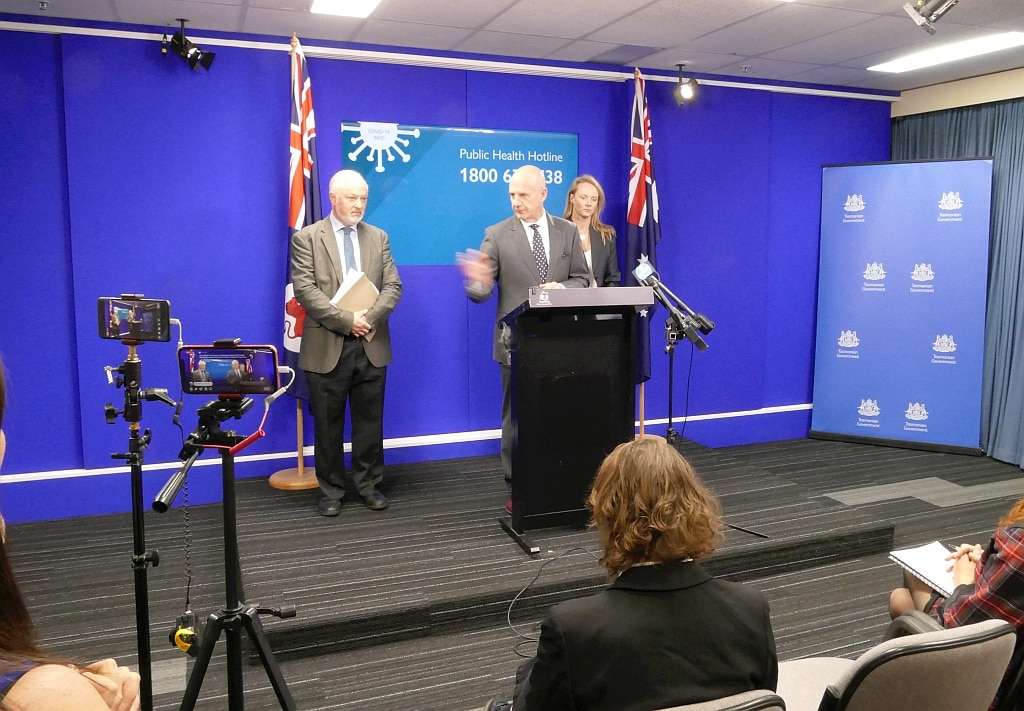 All arrivals on the island from Tuesday onwards will be required to fill out a ‘Tasmania card’ with contact information and travel history.

Premier Peter Gutwein announced the measure today at an early morning media conference on coronavirus updates, which will now became a daily event.

“In terms of further measures, obviously with international arrivals and whether it’s Tasmanians returning or not, 14 days of self isolation,” he said. “That will be mandated. There will be penalties applied should people not heed that advice. We will utilise those available under the Public Health Act or other Acts.”

Director of Public Health Mark Veitch said he was not convinced there was merit in monitoring temperatures of incoming travellers, and that resources could be better directed elsewhere.

He confirmed there are currently 90 people self-isolating at the request of health authorities.

Veitch admitted he did not know the number of Intensive Care beds currently available in Tasmania as health facilities were currently re-evaluating their capacity. 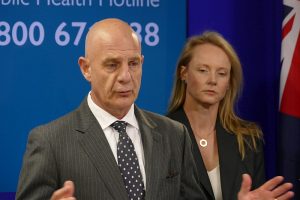 Health Minister Sarah Courtney said hospital emergency rooms were being reconfigured to accommodate triage of persons presenting with suspected coronavirus. A statement is expected this afternoon on the availability of ventilators, an essential item of intensive care equipment based on overseas experience.

The first stage of the state government’s stimulus package and overall response will be released starting Tuesday.

The Premier said that fairs, festivals and markets where people are ‘moving through’ the event and at ‘disparate times’ should be allowed to continue. “In terms of larger ones we’ll be engaging with Salamanca Market, it’s my undertanding that that will probably be able to continue..and obviously other  markets Harvest in the north as well.”

Static events of over 500 people are not allowed.

The Premier urged event organisers to contact the hotline number – 1800 671 738 – with any queries so that public health advice could be provided.

Tasmanians are encouraged to keep distances and avoid close contact.

Schools remain open ‘based on advice’. “As I have said, should that advice change I will not hesitate to close a school,” stated the Premier.

Labor Leader Rebecca White said she had put a series of recommendations to the Premier on additional measures to manage the widening impact of the virus.

“The World Health Organization has urged governments around the world to act fast and have no regrets,” she said. “Labor echoes that call for speed and urges the Tasmanian Government to take all steps to slow the spread of the virus.”

“Labor’s priority is public safety. We recognise some measures will have economic impacts, but the health of our community must be the top priority.”

She has urged the Premier to adopt a number of measures in the economic stimulus package he will announce this week. One suggestion is that providing services to people who are self-isolating has to be a core issue, to make sure people aren’t disincentivised to stay home.

“Among other measures I’m urging Peter Gutwein to adopt are: 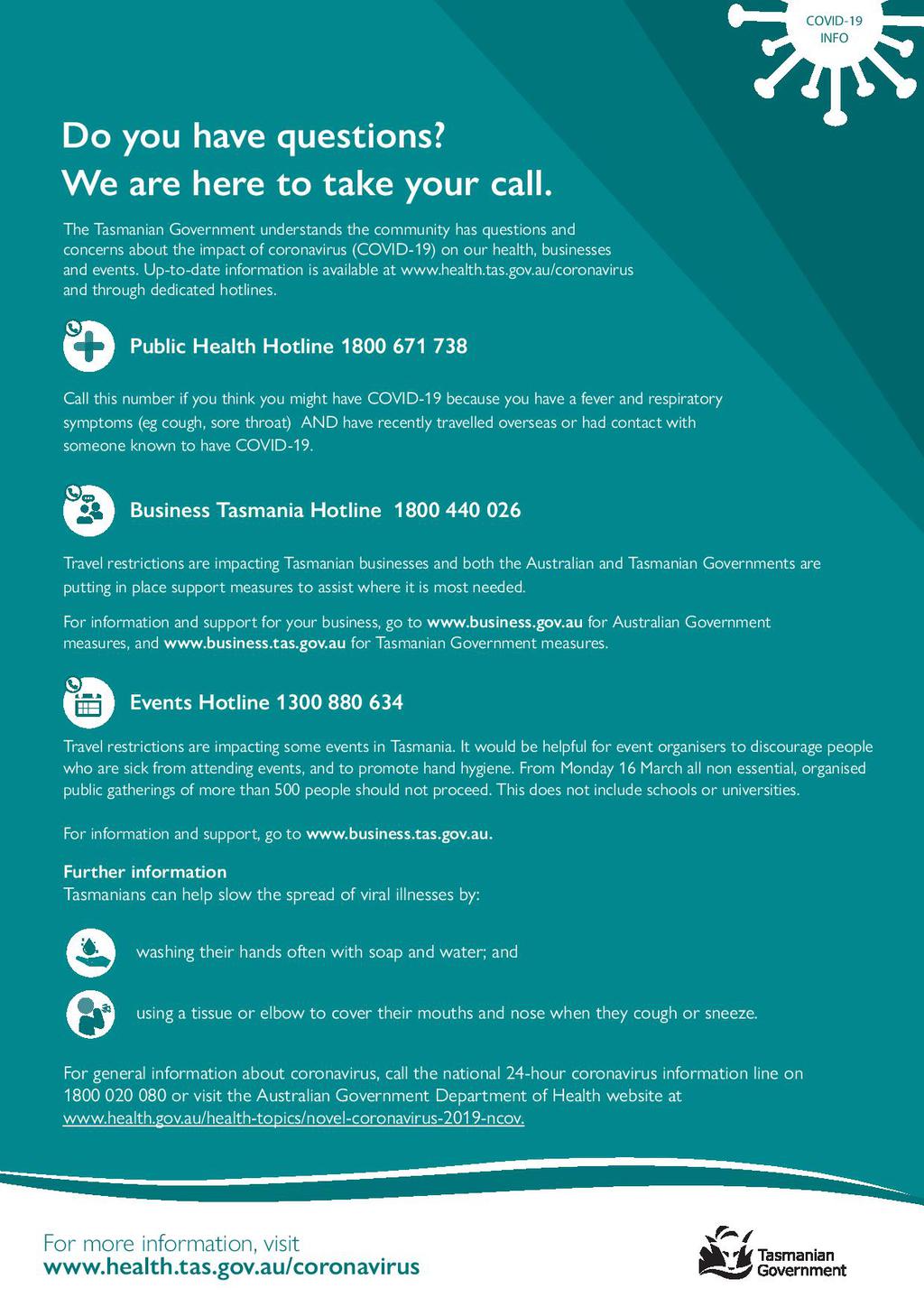