Tasmanian weather
forecasts and warnings
no new content for a few days,
site is being migrated
Tasmanian roads –
latest alerts & reports
new writers & contributors welcome,
please contact us with your submission
Donate to Tasmanian Times –
BSB: 807009 Acc: 60178142
Want to have a say?
Send us a letter for publication 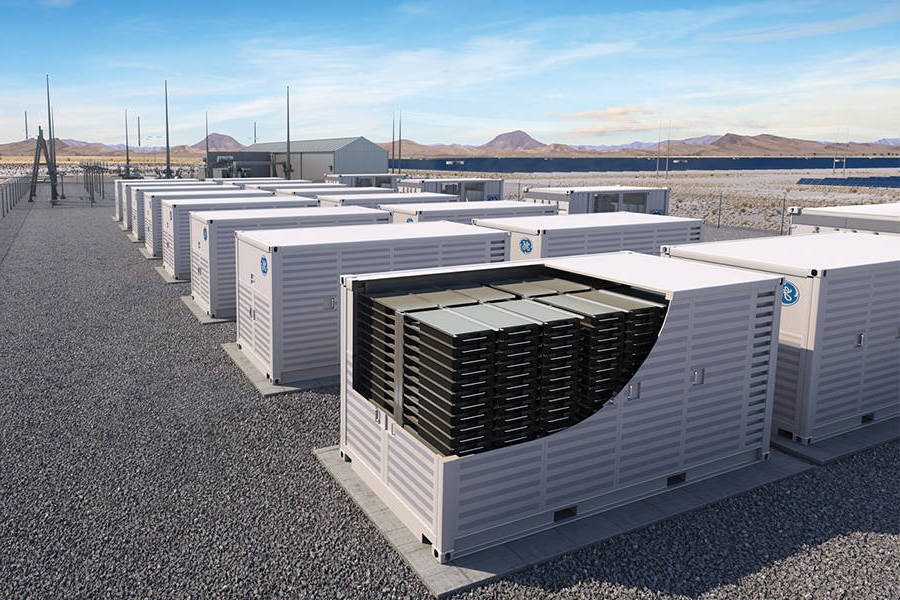 The Bob Brown Foundation has released its report Wrong Way Go Back: An Analysis of the economics and greenhouse gas impact of Marinus Link and Battery of the Nation’. The report was commissioned to test the assumptions on which the two major projects are based.

It finds that there are less expensive and better ways of supporting the transition to a renewable energy future.

You can read the full report here. It was prepared by Bruce Mountain and Stephen Percy of Victoria University’s Victoria Energy Policy Centre.

“The Prime Minister says his energy plan will bring electricity prices down down down but in Tasmania’s case, it will drive them up, up up,” Christine Milne, Bob Brown Foundation Director said today launching the report.

“All Tasmanians know we don’t need these projects to deliver energy security in Tasmania so they are being built on the assumption that the mainland needs Tasmanian renewable energy and hydro storage; and that taxpayers, not the private sector, should pay $7.1b to have them,” said Milne. “But what if that is wrong?”

The Report finds that:

– Project Marinus and Battery of the Nation are not necessary to transition to 100% renewable energy on the mainland because batteries can balance the system and a are much cheaper alternative to Tas Hydro storage.

– Projects are not economically viable because transporting energy across Bass Strait makes it more expensive than alternatives.

– There is no need for mainland consumers to have to pay for them. Tasmanians on the other hand will pay higher prices because we will be linked into Victorian prices.

– These projects will not bring down emissions relative to mainland based batteries.

“Diverting $7.1 billion of taxpayer funds to projects that will be stranded assets by the time they are built makes no sense,” stated Milne.

“It is time for the Prime Minister and the Tasmanian Government to do a u-turn and start thinking about how to best use our renewable energy assets here in Tasmania to the benefit of Tasmanians and create long term jobs.

We could be a global showcase of ecological sustainability and renewable energy in an age of climate breakdown.”

The Bob Brown Foundation has asked us to examine the economics and greenhouse gas implications of Marinus Link and Battery of the Nation. This report sets out our findings.

Tasmanian network service provider, TasNetworks, is proposing to build additional interconnectors between Tasmania and Victoria, and Hydro Tasmania is proposing to build the “Battery of the Nation” (BoTN) by repurposing existing capacity and building additional pumped hydro storage. It is not clear what amount of dispatchable capacity will be available to Victoria from hydro and pumped hydro in Tasmania, but Marinus Link is designed to be able to provide 1,500 MW of dispatchable generation to Victoria. The Australian Energy Market Operator (AEMO) has concluded that more dispatchable generation will be needed to replace coal-fired generators in Victoria when they retire. The development of the Marinus Link and BoTN proposals have so far been funded by the Australian Government (through the Australian Renewable Energy Agency) and also by the Tasmanian Government.

The two obvious alternatives to Marinus Link and BoTN are gas turbines/engines or batteries, located in Victoria. AEMO estimates that the build cost of Open Cycle Gas Turbine (OCGT) is currently around 27% higher, per MW, than batteries. AEMO estimates that a decade from now the build cost of OCGT will be 140% higher than batteries. The variable cost of gas turbines/engines is already at least three times higher than that of batteries. This gap is also likely to get wider in future. While the relative competitive advantages of batteries over OCGT can depend on many factors, this analysis of build and operating costs leads to the conclusions that gas turbines/engines are, 5 increasingly, not credible competitors to batteries. We therefore focus on costing a battery comparator to Marinus Link/BoTN.

An important consideration in developing a comparator is to decide on the duration of storage. TasNetworks and Hydro Tasmania suggest that BoTN will provide “deep storage”, in other words that it will be able to sustain production for long periods – around 12 hours continuously at full capacity before storages are depleted. It might be expected that deep storage is preferable to shallow storage particularly if deep storage is not much more expensive. However deep storage capability may not be valuable if there is no need for it. To assess the value of deep storage we examined recent prices in Victoria’s wholesale electricity market. This found that the incremental gains from buying electricity when it is cheap and selling it when it is expensive, taper off quickly when storage duration exceeds four hours.

It might be suggested that longer duration storage will become more valuable in future after more coal generators close. We tested this using information from AEMO on the expected half-hourly production from variable renewable sources, and the expected halfhourly demand. The difference between these two – the “Residual Demand” – is the production that needs to be sourced from dispatchable generation sources. Even two decades from now (the end of the period that AEMO forecasts) when variable renewable penetration will be much higher than now and coal generation much diminished, we find that there are only a small number of intervals that the four hour rolling average Residual Demand is greater than the projected dispatchable generation in Victoria. In other words, consistent with the analysis of market prices, this suggests that storage duration longer than four hours is rarely needed.

The conclusions of our analysis of Marinus Link are directionally consistent with the previous studies by EY of the economics of additional interconnection undertaken for the Tamblyn Review and then for TasNetworks. Specifically, EY’s study for the Tamblyn Review found that the expected costs of interconnection exceeded benefits in all modelled cases. EY’s analysis for TasNetworks found benefits close to or less than TasNetwork’s cost estimate for almost all cases except those that assumed unrealistic emission reduction trajectories. EY’s study for the Tamblyn Review did not contemplate that batteries could be an alternative to interconnection. EY’s study for TasNetworks included batteries as a possibility but assumed that the relative cost difference between batteries and pumped hydro was four times more favourable to pumped hydro than is consistent with the build cost assumptions that AEMO currently uses (and which we use in this study).

The implication of this analysis is that mainland Australia does not need Marinus Link and Battery of the Nation to transition to 100% renewable energy: much cheaper options are available to achieve the transition. Victorian electricity consumers can’t reasonably be expected to contribute to the cost of Marinus Link. Though the main purpose of Marinus Link is to provide dispatchable capacity to Victoria, batteries would be much cheaper and would be provided in the contestable wholesale market and so would not impose mandated charges on consumers, as Marinus Link will. It is therefore inevitable that the development of Marinus Link will significantly raises electricity prices in Tasmania, mainly through the regulated recovery of the costs of Marinus Link, which will almost triple the value of TasNetworks’ regulatory asset base.

One consequence of not building additional interconnection to Victoria, is likely to be less additional wind generation capacity located in Tasmania. This means foregoing the development of relatively more productive wind resources. However, since transmission 7 capacity to strengthen transfers from western Victoria to Melbourne can be built for around one-eighth of the cost per MW-kilometre of the cost of Marinus, the cost advantages of the superior wind resources in Tasmania do not come close to recovering the much higher cost of transmitting electricity from Tasmania to Victoria. Furthermore, technology development, particularly in harvesting less consistent and weaker winds, through ever large blades, suggests that the advantage that Tasmania currently enjoys through its more consistent and stronger winds will diminish in future.

With respect to greenhouse gas emissions, storing electricity through pumped hydro or batteries means, generally, switching on electricity generators that would not otherwise be generating. Such generation is likely to be coal-fired (variable renewable generators will produce electricity when the renewable resources are available, not because a battery or pumped hydro generator wishes to store energy). Batteries are however less greenhouse gas intensive than pumped hydro since they lose less energy in the process of being charged and discharged. In many cases they can be co-located behind the meter, with variable renewable generators. Furthermore, batteries located in Victoria will avoid the transmission losses that pumped hydro generators in Tasmania will entail, in getting their production to Victoria. The conclusion is that while Marinus Link and Battery of the Nation will facilitate the transition to renewable generation, it will increase emissions until coal generation is eliminated. There is no need to follow this path when there are less greenhouse gas intensive options available that will provide the same transition opportunity and for much less expense.

Finally, though the focus of this analysis has been on a comparison of the quantifiable costs of batteries, other commercial factors are likely to affect technology selection. Specifically, batteries present low delivery and financing risks, they can be built in months, they can be scaled easily, they can be located within distribution networks and provide value to network service providers, they can be relocated and resold, they present negligible local environmental detriments, they reduce failure risk through diversification, and they are highly competitive in the provision of frequency control ancillary services. These factors, along with their favourable economics, explain the growing uptake in Australia and elsewhere of privately financed batteries often co-located with renewable generation and that sell their services in competitive markets. 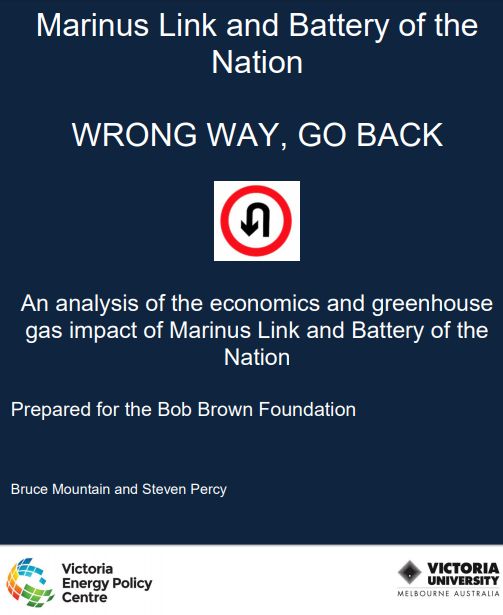