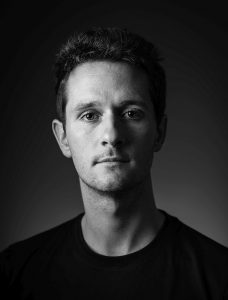 Robbie Arnott’s 2018 novel, Flames, is going be adapted into a six-part television series by Jungle Entertainment.

Flames tells the story of two siblings who traverse Tasmania to try to find their way back to each other. It is a tale about grief, love, and the bonds of family.

Arnott told The Tasmanian Times that he was completely over the moon when he found out Jungle Entertainment wanted to adapt the novel into a series.

“As a long-time fan of Jungle’s work, I was shocked and thrilled that they were interested in the book,” he said.

Arnott wrote the novel in seven months. “I barely slept and it drove me crazy, but I finished it,” he said.

He wanted to write about Tasmania in a way that hadn’t been done before, with a story that felt completely impossible but also somehow recognisable.

“The biggest inspiration was the Tasmanian landscape – not just how it appears, but how it makes you feel,” he explained.

Shay Spencer, the Head of Drama at Jungle Entertainment, said she “read and loved the novel so much.”

“We felt Flames was too special not to add to our slate,” she explained.

“It is a completely original and imaginative story and so beautifully told by Robbie.”

Australian writer Marieke Hardy will lead the scripting on the show, with Arnott serving as a consultant. Jungle Entertainment cannot wait to work with Hardy. “Her passion for the novel and her own imagination and creativity are second to none,” said Spencer.

Because the series is currently in the early stages of development, there are no forecasted filming dates yet.

Executive Producer Chloe Rickard explained that the show could be made for either broadcast television or a global streamer.

“We think there will be a lot of interest, especially with its uniquely Northern Tasmanian setting,” she said.

“We do feel confident Flames will stand out in the global market place for its originality.”

TASMANIAN TIMES: New TV Series The Tailings to be Shot on West Coast.