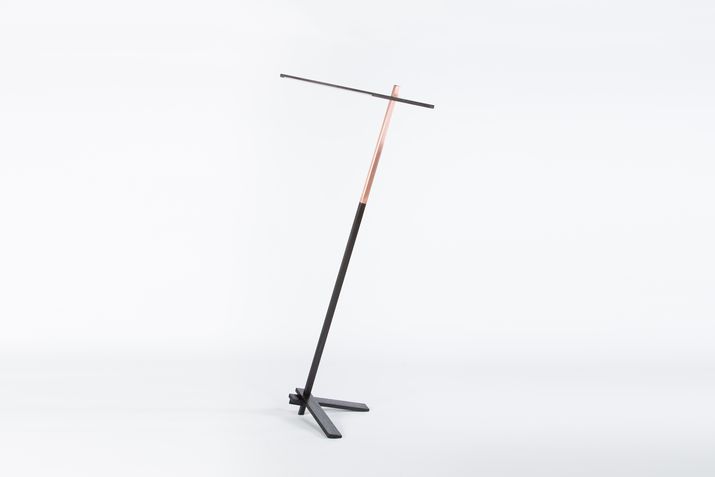 The 2015 Clarence Prize for Excellence in Furniture Design has been awarded to South Australian artist Liam Mugavin for his piece ‘Koto Light’.

Mugavin was awarded the prize by the Mayor of Clarence at the opening of the Clarence Prize Exhibition at the Rosny Barn.

The judges selected Mugavin’s piece ‘Koto Light’, a floor lamp, for its exciting and beautiful expression of materials and function, and the ease of assembly which has resulted in efficient production and distribution potential.

The Clarence Prize offers a $20,000 acquisitive award, which allows the steady and considered development of an outstanding collection of craft and furniture design for Clarence City Council and supports the work of furniture designers nationally.

Other winners were Andrew Bartlett and Deb Jones for their piece, ‘Bench seat DAB 714’, who received the $1,500 highly commended award. Isabel Hazbun was awarded the $1,500 encouragement award for an emerging designer.

The judges shortlisted 15 designers from the 33 entries received and these artists were invited to submit pieces to the exhibition. The judges also made special mention of the work of young designer Mark Yates to encourage him to continue to develop his skills.

The prize is a biennial award fostering excellence in design and alternates with Council’s very popular Open Art Exhibition, which encourages all members of the community to participate in arts activities as part of its broad ranging arts and events program.